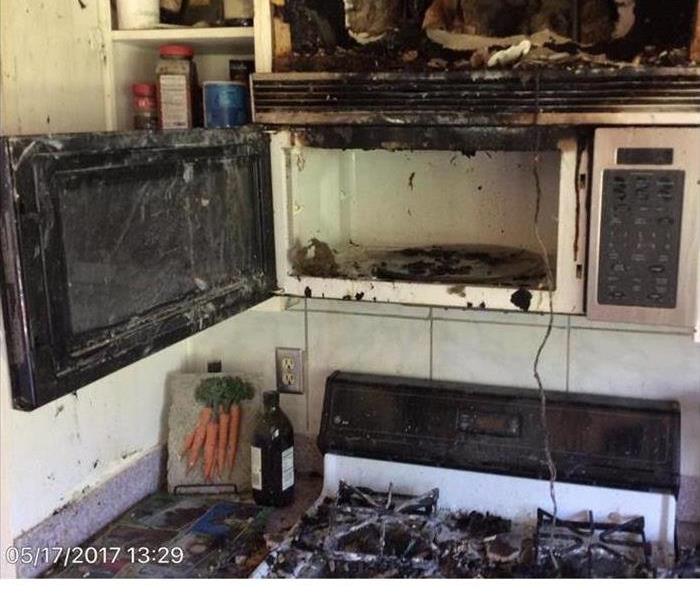 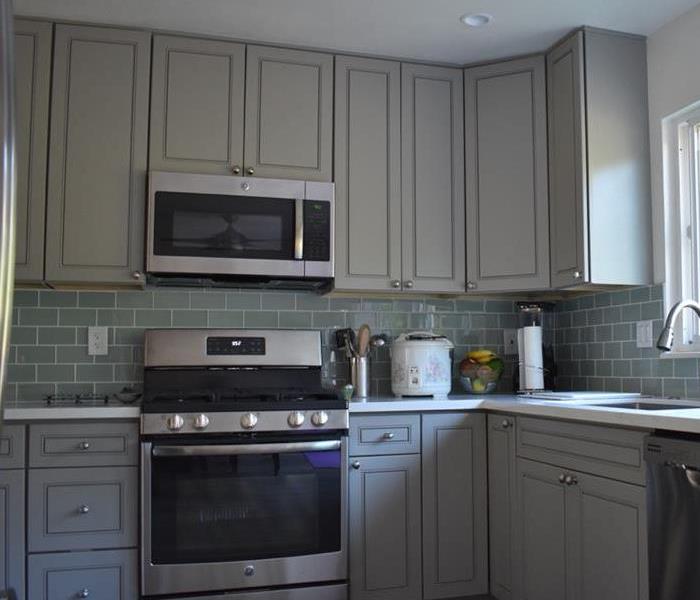 This unfortunate kitchen fire in Camarillo CA started when the customer put a sponge in the microwave.  Somehow the sponge ignited and created a very large fire which as you can see from the before photo, damaged a large portion of the kitchen.  The cabinets and ceiling directly above the microwave were destroyed.  The resulting smoke and soot also caused damage to a further portion of the kitchen.

As a result of the excellent work by the Ventura County firefighters, a large water damage also occurred with the fire.  After the housing electrical work was cleared, the dry out process began.

While the dry out process was ongoing, we also began demo work on the kitchen.  As of June 30th, all the damaged area was removed and the area was ready for reconstruction.