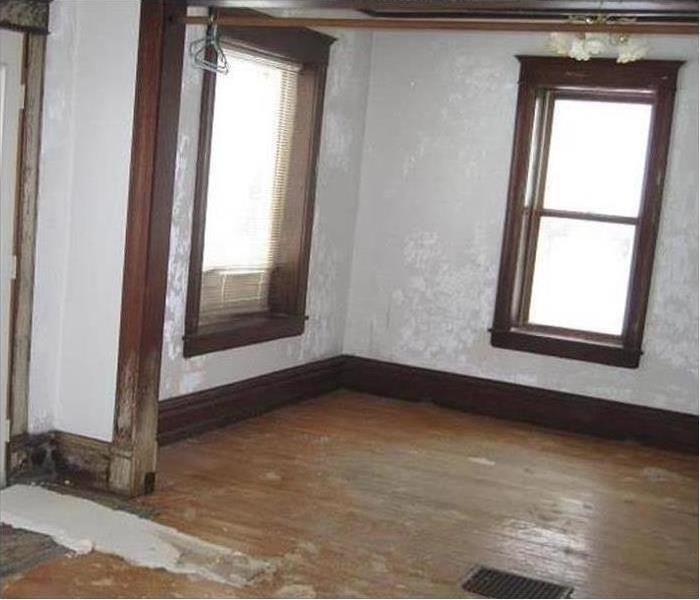 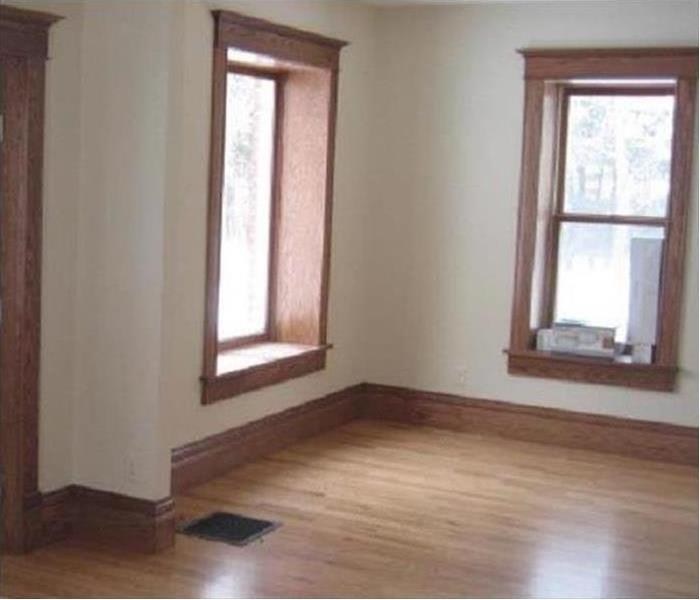 Storm damage struck this Camarillo house when a tremendously heavy bout of thunderstorms passed through the area. The roof had leaking problems, and some of the window seals were faulty which led to the water damage from the storm. The ceiling and walls of the pictured room sustained considerable water damage. The ceiling had become so saturated that some of the drywall had become heavy and fallen to the floor. The house was vacant, and the storm damage was discovered by the owner when he went by to inspect the house before showing it to a prospective buyer. He realized he needed an experienced storm damage restoration company that could remediate his problems quickly and efficiently. SERVPRO of Camarillo would fit that bill completely, and we could respond immediately on a 24/7 basis and work around the clock to rid him of the storm damage his property had suffered.