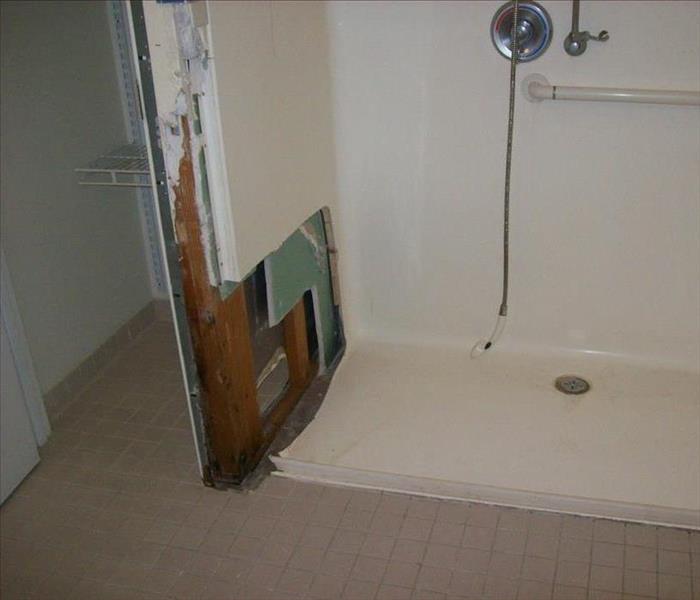 This job was a discovery of mold in a common shower area.  Water drips and leaks throughout the years caused a large amount of mold growth.  The job required a majority of demolition to the bathroom.

In addition to the mold found in the shower area, there was a portion of the sink are that was affected.The majority of the drywall had to be removed in addition to a small area of flooring would also need to be taken out.